Teamwork by ants and robots 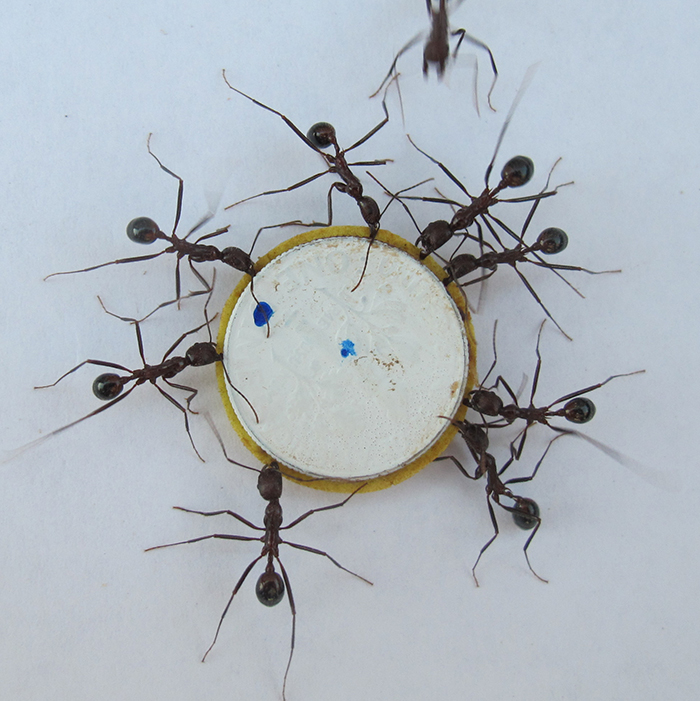 When scouts of the desert ant Novomessor cockerelli find an item too large for a single ant, they organize a team that swiftly carries it to their nest, thus evading more aggressive competitors. This impressive ability is not seen in most ant species, and we are working to understand the underlying behavioral strategies. In addition to its biological interest, this behavior offers a promising source of bioinspired algorithms for collective robotics. We have found that teams show unexpectedly low speed compared to solo porters, even when the per capita load is the same. We used a swarm robotic model to test the hypothesis that ants vary in intrinsic speed and the group is limited by the speed of its slowest member. The results show that this could explain the pattern, but further research on individual behavior is needed. This work also shows that collaborations with engineers can work both ways, with engineering tools revealing biological mechanisms as well as taking inspiration from them.