Psychology of a superorganism 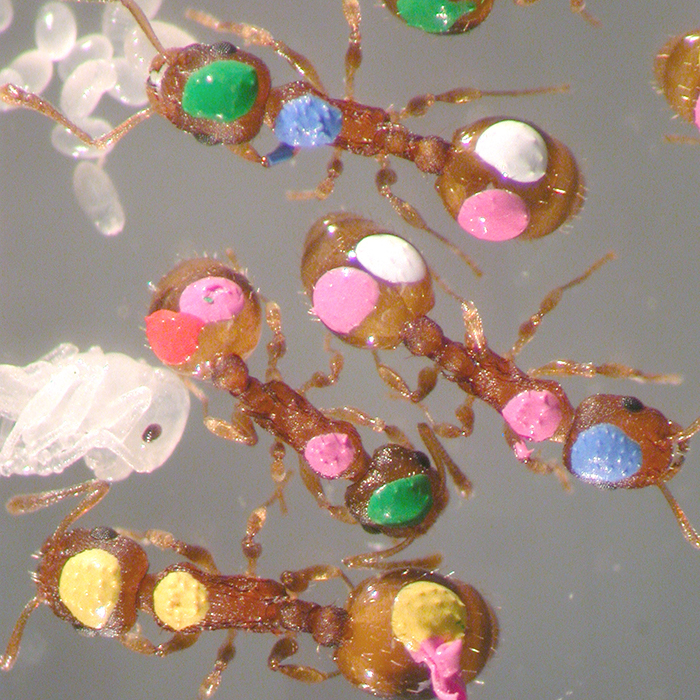 We are adapting ideas from psychology to understand how an ant colony functions as a single cognitive entity. We are particularly interested in differences between the performance of the whole colony and the individuals composing it. Much of our work centers on nest-site selection by Temnothorax ants. We have discovered that individual ants are prone to predictable errors in site preference and in how they invest time during decision-making. Similar irrationality is well known in many animals, including humans. However, when colonies receive the same challenges, they show rationally consistent preferences and time investments. This suggests that groups can improve the quality of their decision-making by sharing their cognitive burden across many individuals. The situation is more complicated than this, because colonies sometimes do worse than individuals, when the positive feedback that drives collective choice amplifies small errors to create group-wide mistakes. Thus, the relationship between group and individual cognition is complex, requiring thorough dissection of the information pathways and behavioral rules that underlie it.